Find exclusive B2B rates for your business or corporate travel and transportation needs. Enjoy up to 20% in discounts!

Visit one of the worlds major international airports on your next travel. John F. Kennedy Memorial Airport, also known as JFK, is the busiest international air passenger gateway into the United States and the busiest airport in the New York City airport system, handling 56,827,154 passengers in 2015. This airport staff is experienced in the every day hustle and bustle of the public. The lines may be long, but they keep it moving to ensure you the quickest route to your flight.

History on the Great JFK Airport 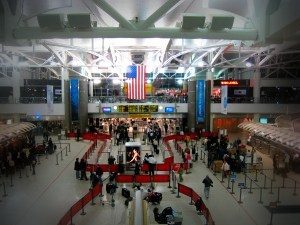 Most of you probably have not done your research on one of the biggest airports in the United States. An interesting fact lies in the name itself. Before these streamline airport became John F Kennedy International Airport in 1963 named in memory of our assassinated president John F Kennedy, it was named New York International Airport. JFK was built to relieve LGA which become extremely overcrowded shortly after opening in 1939. The first airline flight from JFK was on July 1, 1948 and was attended by the then President Harry S. Truman.

Enjoy your airport trip and put the stress in our hands. Our talented chauffeurs know how to get through traffic and do it in the quickest way possible. We keep track of traffic updates and follow the clearest routes to and from the airport. When your trying to get to JFK from Connecticut count on us! People have been traveling back and forth between Connecticut and JFK for the longest and it won’t stop anytime soon!

Limousines from CT to JFK! 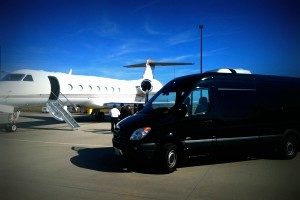 No matter how big the party size, we have vehicles to accommodate your JFK airport needs. Some of vehicles include a 10 to 14 passenger Mercedes Sprinter van, 4 passenger Sedan, 10 passenger lincoln limousine and many more! We offer a door to door car service that is far different from the rest in the business. Our chauffeurs are courteous to the needs of our clients and can offer assistance in carrying the bags to the car for you! Do you have multiple pickups? There is no need to schedule a meeting place between you and the other passengers. For a small extra fee we offer multiple door to door pickups for all passengers. Reserve your Limo from CT to JFK Airport in many ways. Choose from one of the options below!

Use the form below to search the site: