Find exclusive B2B rates for your business or corporate travel and transportation needs. Enjoy up to 20% in discounts!

February 19, 2016Bethany Learn More
Out Of Control Heroin On The Rise In Connecticut! Connecticut’s Two-Airport Strategy To Attract Airline Services

Ending Homelessness For Veterans In Connecticut!

Do you have a family member or friend that has served in the armed services? Do you know someone that has risked their life for their country and for you? Would you put yourself in dangers way to save another individual?

That is a tough question to think about. Have you ever thought about what went through the soldiers heads that made them decide to give up their life and their freedom to come and go as they please to save the life of another?

Homelessness Comes To An End In Connecticut!

Could you imagine seeing a person that was so thoughtless of their own happiness in order to protect those around become homeless? Well, this is the sad outcome of what our country has amounted to. In 2014, President Obama declared that by the end of 2015 the U.S. should be able to house all veterans. This yielded no results as we are still seeing homeless veteran’s asking for help and they sit out the cold winter. 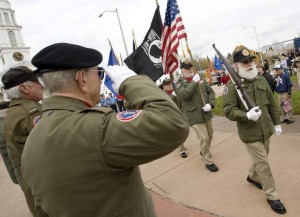 In this epidemic to end further suffering for those that helped give us our freedom, the federal government has certified Connecticut as the second state to effectively end homelessness among veterans. Their goals is to have government, state and federal agencies work together with non-profit providers to build a lasting system to continually identify homeless veterans and provide stable, permanent housing within 90 days.

“We made it a priority. It continues to be a priority. We will fund these programs for the amount of money necessary to have them prosper,” Gov. Malloy said. Connecticut has helped preserve, rehabilitate or build more than 15,000 units of affordable housing. Connecticut placed 766 veterans into housing last year! Thumbs up Connecticut! Team work always ends in success!

Use the form below to search the site: